We are living in an age where I am constantly being hit with stories about people that are acting in ways that they should know better, and yet they do not. I wish I could reference this example I had heard in the last few weeks but someone on Twitter, a professor, talked about handing out papers and then beginning a lecture. Once he began to speak a student arrived late, went to the front of the class, and proceeded to go through the professor’s bag looking for their paper. Now most people would be shocked by this behavior, but are we not hearing stories of people acting contrary to what we assumed is normal behavior? You and most people reading this would never do such a thing, but there are people who simply do not know any better.

I feel for all of the most amazing things that the internet brings us, it also has failed us in some ways. The internet has segmented us and alienated most of us. As an example if you do a Google search on a topic such as “Super Heroes” I will receive back results that will be tailored to my interests. Perhaps Marvel movies such as “The Avengers” (2012) or “Guardians of the Galaxy vol 2” (2017) will come back as a result for me and DC movies such as “Aquaman” (2018) or “Wonder Woman” (2017) will come back to you. Perhaps movies do not come back at all and instead your top results include Alan Moore’s “Watchmen” or Tess Fowler and B. Dave Walters’s “Dungeons & Dragons: A Darkened Wish”. This behavior for internet filtering exists on most major websites. CNN, Fox News, Amazon, NetFlix, or Hulu, there are filters that recommend things that you may like. Eli Pariser, known for UpWorthy and MoveOn did a Ted Talks about this filtering. Please take a moment to check it out.

Is it really any wonder why table top gaming has re-surged recently? I know this is off topic, but it helps my point. We feel alienated from one another and as a society we are reaching out for meaningful connections. We are in a society with two types of people with the internet. Those who grew up without it and those who have always had it.

The internet really is amazing and I love it and use it every day. So this is not me slamming technology. We are missing something and that is deep connections outside of the technology. I feel however that many of us have missed learning any kind of etiquette now. We say what we want to one another without reading the inflections, tone, or body language of the other person.

I see constant verbal attacks against people of color, women, and those in the LGBTQ communities on a daily basis. I say stupid things on Twitter all the time and yet no one ever says anything to me. This is because I am a white male. Most of the people making racist and bigoted remarks are either white male, or deeply religious. I can only speak based on things I have seen. I realize that my circle of friends are mostly liberal, varied ethnicity, coming from various religious backgrounds, and have a wide swath of genders. So I don’t have any examples of the opposite where someone from those communities verbally attack conservative Christians.

I have been actively self-reflecting and working on bettering myself physically, emotionally, and mentally for over twenty years now. As Socrates said during his trial, “The unexamined life is not worth living”. I still fall flat on my face and screw up, but I want to press on. Last year I took a moral philosophy course. One major thing I learned is that many of the philosophies I have learned about were talking on behaviors I was trying to improve within myself. Let me stop for a moment, I consider myself a philosopher as much as a three year old plays with Duplo blocks. I am new at learning this and slowly piecing things together for myself. My level of knowledge is minuscule in these subjects. I just recognize how much it helps me on a personal level. The main take away I personally had was that there is no single unifying philosophy. In a way we can believe part of one and see the short comings of a philosophy and still the good parts of that philosophy can still apply.

So let’s talk about Immanuel Kant. Kant was born in Königsberg, Germany in 1724. His moral philosphy can be shown in the following quote:

Leaning on Kantian philosophy we can ask ourselves the questions of “Should I say this to the person on Twitter?” and if we imagine what a world would be like if everyone said it and it is an ugly world then perhaps we don’t say it.

I treated people as a means to an end when I was in highschool. I did not know any better. I did not know how to confront my fears or communicate my issues. There are people way back in those days I owe apologies too and I have lost their names to time. You can avoid much of the pitfalls I had when you practice Immanuel Kant’s philosophy. Think about the things you say and do and apply this tactic to them. Play it out in your mind. By doing so you may gain some perspective and be able to respond with kindness.

I am a life-long learner and I feel like my day was a waste if I did not learn 1 new thing. I collect reference books and am a fan of science fiction/fantasy. I also listen to a wide variety of music that I keep going in the background at all times. I am currently a student at Ashford University while I work on my BA in Business Information Technology. I am a writer and I have done voice over work. View all posts by Damien K Kelly 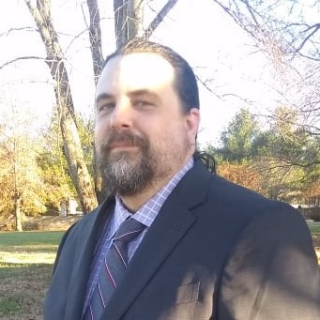 I am a life-long learner and I feel like my day was a waste if I did not learn 1 new thing. I collect reference books and am a fan of science fiction/fantasy. I also listen to a wide variety of music that I keep going in the background at all times. I am currently a student at Ashford University while I work on my BA in Business Information Technology. I am a writer and I have done voice over work.

This site uses Akismet to reduce spam. Learn how your comment data is processed.